A provincial premier in British Columbia, a 61-year-old woman in a Virginia treehouse and farmers in central Nebraska are fighting to stop pipelines from passing through their backyards, failing to realize they are doing more harm to the environment than good.

Across North America, energy companies have discovered new reservoirs of oil and natural gas, straining the capacity of pipelines to deliver those hydrocarbons to market. If protesters get their way, these new supplies of low-sulfur crude and cleaner-burning natural gas will go to waste, prolonging our reliance on dirtier fuels such as foreign heavy crude and coal.

The anti-pipeline movement has brought together property rights activists and environmentalists, who usually oppose one another. The property rights folks have the weaker hand.

The “not in my backyard” sentiment is as old as America itself, but so is eminent domain, the government’s power to force a landowner to sell their property for a public good, such as a road, power lines or pipelines delivering energy where it’s needed.

While I understand how a landowner must feel, sometimes the needs of the many outweigh the needs of the few. If officials obey the law, and the government properly compensates the landowners, that’s the cost of modern life.

The environmentalists’ argument, though, is not much stronger. After failing to convince governments to limit oil and natural gas drilling, they protest pipelines because they cross many jurisdictions and involve both public and private property.

Environmentalists believe that if they can stop pipelines, they will strand the assets and make them not worth drilling.

The “Keep It In The Ground” movement, though, makes two faulty conclusions. First, there are insufficient alternatives to petroleum products available at a reasonable cost, which means they will get extracted somewhere. Second, blocking a pipeline will not stop companies from drilling and pumping because other delivery methods exist.

The Keystone XL pipeline is a prime example. The only thing protesters have accomplished is forcing highly volatile crude onto rail cars.

Rail accidents have spilled millions of barrels of crude into waterways since 2012, and a 2013 derailment and explosion killed 47 people in Lac-Megantic, Quebec. On average, 10 trains carrying oil or ethanol will derail every year.

Despite the protests, there are not enough rail cars, forcing Canada to triple the amount of oil exported by road. Producers in Alberta are hiring hundreds of diesel trucks to carry oil to Montana. Stopping a pipeline does not slow production. It merely moves the crude onto more dangerous and polluting conveyances.

Perhaps the most misguided protests are against natural gas pipelines. The U.S. is awash with cheap natural gas, which has made gas-fired power plants more economical. The replacement of coal with gas has reduced greenhouse emissions from power plants to 1990 levels.

If anti-pipeline forces succeed, they will guarantee coal’s future and obstruct progress in fighting climate change. And not just in the U.S., but around the world.

“Despite having a lower marginal cost of production, lower environmental impact than coal and potentially larger reserves, natural gas has been slower in emerging as a globally traded commodity,” S&P Global Ratings reported last week. “The key bottleneck has been infrastructure and transportation.”

Natural gas pipelines are especially needed in West Texas’ Permian Basin, where oil wells are setting records as they crank out more than 3 million barrels per day and produce gas as a byproduct. When no gas pipeline capacity is available, the Texas Railroad Commission grants companies’ permission to burn the gas with flares, wasting the energy and polluting the air.

Pipelines are the safest and cheapest way to transport the energy we need. Blocking them endangers the environment.

There may come a day when alternative energy can replace oil and natural gas, just as the world is phasing out coal today. But we are not there yet.

The energy expended protesting pipelines is better spent bringing down the cost of clean energy and making it the most attractive choice on the market. 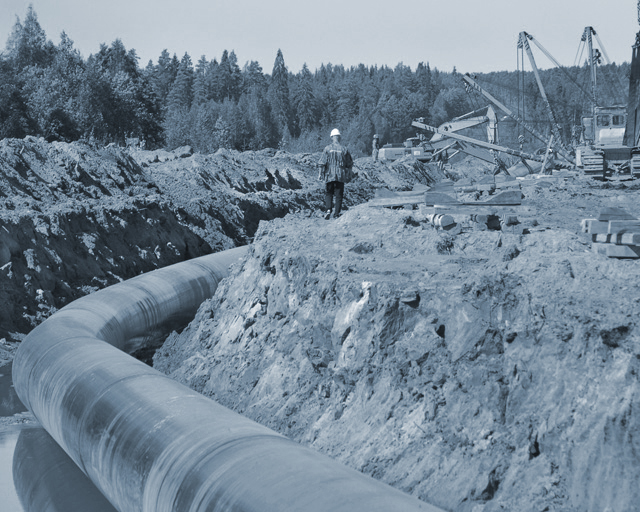